What is the Certo Drug Detox Method? 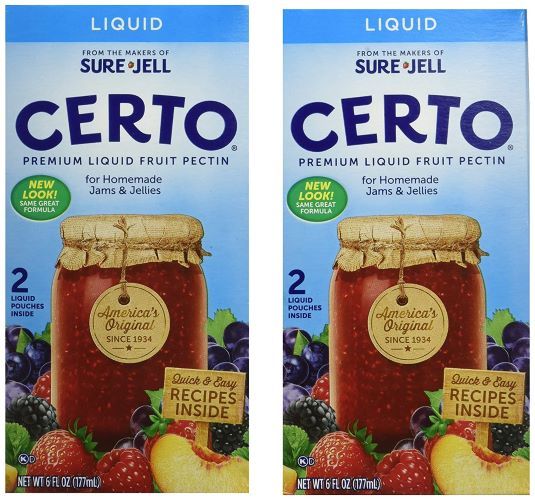 What is the Certo Drug Detox Method?

What is this strange ingredient equally loved by cooks and weed users?

Internet forums have not only shown us the level of panic drug users may go into when informed of pre-employment or random on-the-job drug testing but also the proliferation of products and “science” that those in desperation may result to in trying to pass a drug test. One of the most intriguing and most convincing detox methods floating around the internet is the Certo method.

What is Certo?
Certo, also branded as Sure Jell, is a concentrated fruit sugar extract that’s used to make jelly. It’s a very basic product that can be purchased at Walmart, Target, or any other retailer.

Why Does it (Allegedly) Work?
According to the internet science, Certo is able to draw out drug metabolites, removing them from your body’s preferred sources of excretion such as urine, the bloodstream, and saliva (i.e. the places where drug tests look for evidence of drug use). Weed specifically is probably the best example to use because most other drug metabolites can’t as easily be diverted to sources other than urine when the body is expelling them.

Through the Certo method, weed primarily leaves the body through the bowels. Certo is high in both carbohydrates and fiber. The fiber component draws the metabolites into the bowels and diverts them away from the urine. Duing this diversion is when the user would ideally take the drug test.

So what exactly is the Certo method?
It involves consuming two packets of Certo over the course of two days with a sports drink, multivitamin, creatine, B12. It goes something like this:
1. Drink plenty of water in the days leading up to the test
2. Consume one packet of Certo (3oz) with a sports drink and consume an additional 32 oz of water
3. 3 hours before the test, take another packet of Certo with a sports drink, a multivitamin, a vitamin D2 tablet, and creatine. The purpose of the vitamins and creatine is to restore the urine back to normal. Because the Certo mix is flushing out everything else along with the drug metabolites, the goal is to bring the urine composition back to normal. Lab tests often pick up abnormalities in urine composition that suggest someone is trying to cheat the system
4. Continue urinating in the remaining hours leading up to the test to continue flushing out the drug metabolites
5. Take the drug test and pray
And of course, don’t consume weed in the days leading up to or during the detox process since that defeats the whole purpose of the detox.

What’s the Verdict?
Disclaimer: The True Negative does not support or recommend this method and believes that step #5 above is the most important part of the process. In fact, there isn’t any scientific evidence that the Certo method works consistently. Some people believe it’s just the sheer amount of liquids consumed in the detox that flush out the THC metabolites. Either way, a 6 oz package of Certo costs about $5, a bottle of Gatorade costs about $1, and a serving of creatine costs under a dollar. For a method that costs only about $7 total, we would expect there to be more certainty around its effectiveness. Here at The True Negative, we’re trying to make your life easier by taking out the guesswork.

If drugs are already in your system, there are reliable drug detox products that have been proven to make you test negative, such as TestClear's detox products for urine, hair, saliva, and blood drug tests.

Have you attempted to use Certo to pass a drug test? Share your experience here.

Having trouble keeping track of where weed is legal? So are we. To help, we've provided a guide to help you understand the status of marijuana in all 50 states plus Washington D.C.

END_OF_DOCUMENT_TOKEN_TO_BE_REPLACED

Resoundingly no, but there’s a catch